Shailesh Vara MP has visited R B Organic based in Yaxley in his constituency. The company is the UK’s largest processor and supplier of organic vegetables, and is a division of Burgess Farms and Produce World. 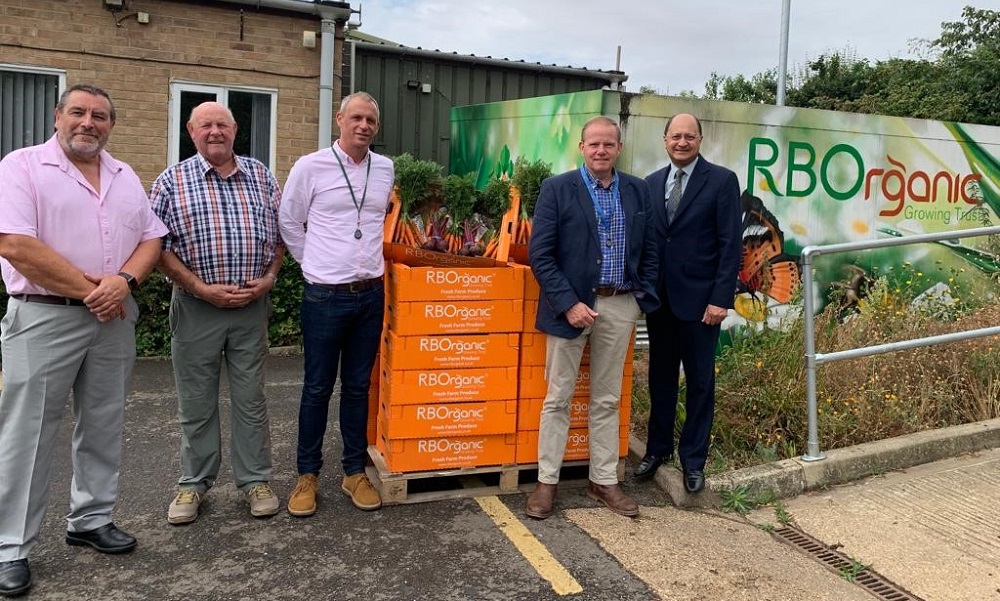 Mr Vara was joined by Huntingdonshire District Councillors Eric Butler and Kevin Gulson, and they met with Chairman and co-owner of the company William Burgess, and CEO James Barker. A number of issues were discussed, including the increased cost of electricity and the impact of inflation on the company.

Mr Burgess also spoke of the dedication and commitment of his staff, who continued to work throughout the pandemic, ensuring that food continued to reach shops and supermarkets despite the difficult circumstances.

Mr Burgess also mentioned that the additional costs incurred by the company during the pandemic had not been passed onto the consumer.

“It was good to visit R B Organic again and discuss the company’s operation since the start of the pandemic.

“I commend everyone at the company who, despite the dangers of the pandemic, turned up to work to ensure that food reached the nation’s dinner tables.

“As with other businesses, R B Organic is having to deal with the challenges of energy price rises and trying to keep prices low while the cost of living rises.

“I look forward to the company continuing to play a critical role in the supply of food throughout the country.”

“It was good to see Shailesh again, and have an opportunity to tell him of the fantastic work done by staff in the recent difficult times.

“I was also very pleased to be able to explain to him some of the difficulties and challenges we are facing as a business in a competitive market. As well as trying to deal with inflation, there is a constant challenge in keeping prices low, despite our increasing costs.

“These are difficult times for the country but we will continue to do our very best to produce good quality fresh food.”