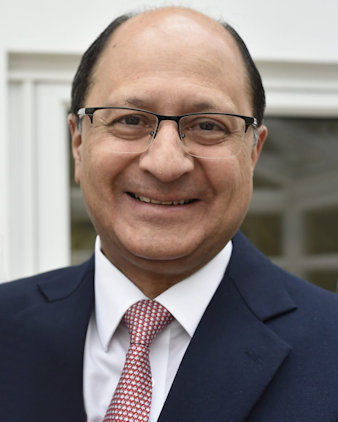 In Opposition, Shailesh was Shadow Deputy Leader of the House of Commons and before being appointed to the Front Bench, he was on the Select Committee for Environment, Food and Rural Affairs.

Shailesh has also introduced two Private Members’ Bills. The first, in 2006, sought to increase the age range for women for compulsory breast cancer screening from the 50-70 age range to 45-75. Whilst the Labour Government of the time did not allow the Bill to progress it did follow the Bill’s lead and moved part-way to meeting the aspirations Shailesh pressed for.

The second Private Members’ Bill was in 2007 and it sought to give greater protection to house holders who tried to defend themselves and their property from intruders in their own houses. Again the Labour Government of the time did not allow the Bill to progress. However, the proposals were put into law in 2013 by the Conservative led Coalition Government.

Since 2005 Shailesh has helped many people who have approached him about problems they have had with personal matters or about problems they have had with various authorities. Whether these requests have come via post, email, phone or in person at one of his regular surgeries, he has always tried his best to assist. Shailesh has also been keen to receive people’s views and has invited more than 25,000 local residents to coffee mornings so he could hear their opinions on local or national issues.

As well as helping individuals, Shailesh has campaigned on matters that benefit the whole community. He successfully persuaded BT to introduce broadband in the Hamptons, worked with others to ensure Hinchingbrooke Hospital’s survival and was instrumental in achieving the installation of speed cameras along the Forty Foot Road, which should help save lives on that dangerous accident hotspot. Shailesh has consistently campaigned to upgrade the A14, and has also in the past presented three petitions to the Prime Minister, in conjunction with local residents. The first concerned saving Hinchingbrooke Hospital, the second protested against the 82% increase in car parking charges at Peterborough Rail Station by GNER and the third campaigned against cuts to our local post office network.

Shailesh was educated at Aylesbury Grammar School and Brunel University and qualified as a solicitor. He has worked in the City and the West End of London, as well as in Hong Kong. He is married with two children.