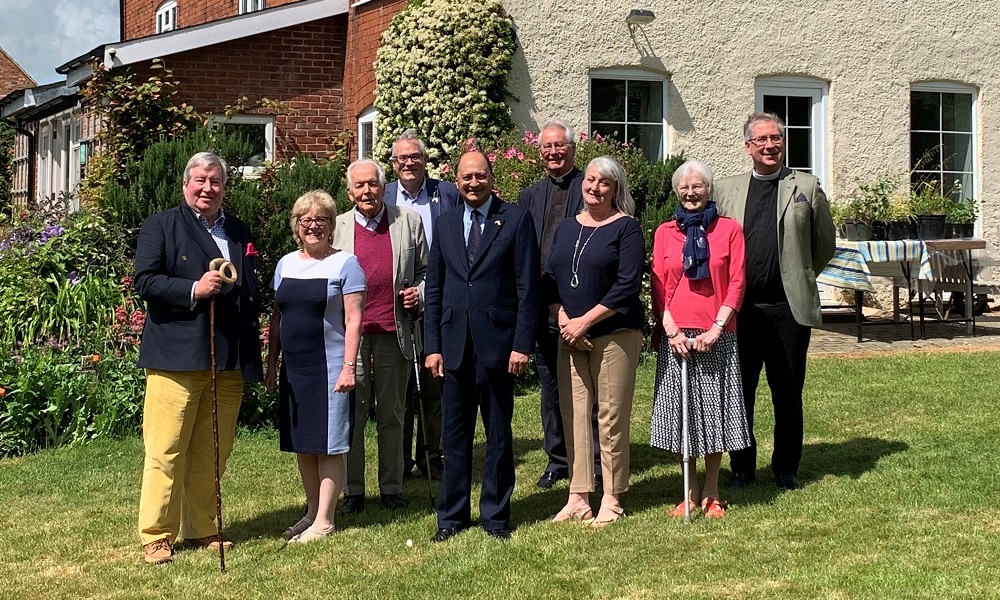 Mr Vara, who is a member of Ferrar House’s Advisory Council, was welcomed by the Very Revd Dr Philip Buckler, the Chair of The Trustees of Little Gidding, and he also met fellow trustees and members of the Advisory Council.

Whilst Ferrar House was closed during the covid-19 pandemic, renovations were carried out to its rooms and underfloor heating was installed. Mr Vara saw first-hand all the improvements to the House and the church, set in their beautiful rural surroundings.

Ferrar House has been a place of pilgrimage since 1625 when Nicholas Ferrar established it as a “Household of Faith,” providing a place of peace for people of all faiths and none. When Nicolas Ferrar purchased the Manor of Little Gidding, he found that St John’s Church was being used as a barn and the house was in desperate need of repair. Renovations and a rebuild ensued. On his death in 1637, Nicholas Ferrar was buried in a table tomb in front of the entrance to the church.

Ferrar House has received many prominent visitors in the past, including poets George Herbert and T.S. Eliot, and in 1642 King Charles I sought refuge at the House.

“I was very pleased to see the Very Revd Dr Philip Buckler and his colleagues again, as well as Ferrar House and St John’s Church, following the recent renovations work. I was particularly pleased to see inside the church, a place where visitors can enjoy its peace and beauty as well as its history.

Ferrar House is a special place for those seeking reflection and tranquillity, where people have the opportunity to enjoy a quiet retreat.”

”We are very pleased to welcome Mr Shailesh Vara MP and other members of our advisory Council to view the recent improvements to Ferrar House and the Church at Little Gidding. This has been a place of pilgrimage for many since 1625 when Nicholas Ferrar established an ‘Household of Faith’ here. The poet George Herbert, King Charles 1, and more recently the poet T.S.Eliot all have links with this place – the latter naming one of his Four Quartets after Little Gidding and describing it as a place ‘where prayer has been valid’. The Trust seeks to encourage those of all faiths and none to visit and experience what many have found to be a place of special holiness and peace.”

Shailesh Vara MP with Trustees and Advisory Council in front of the church and behind Nicholas Ferrar’s table tomb. 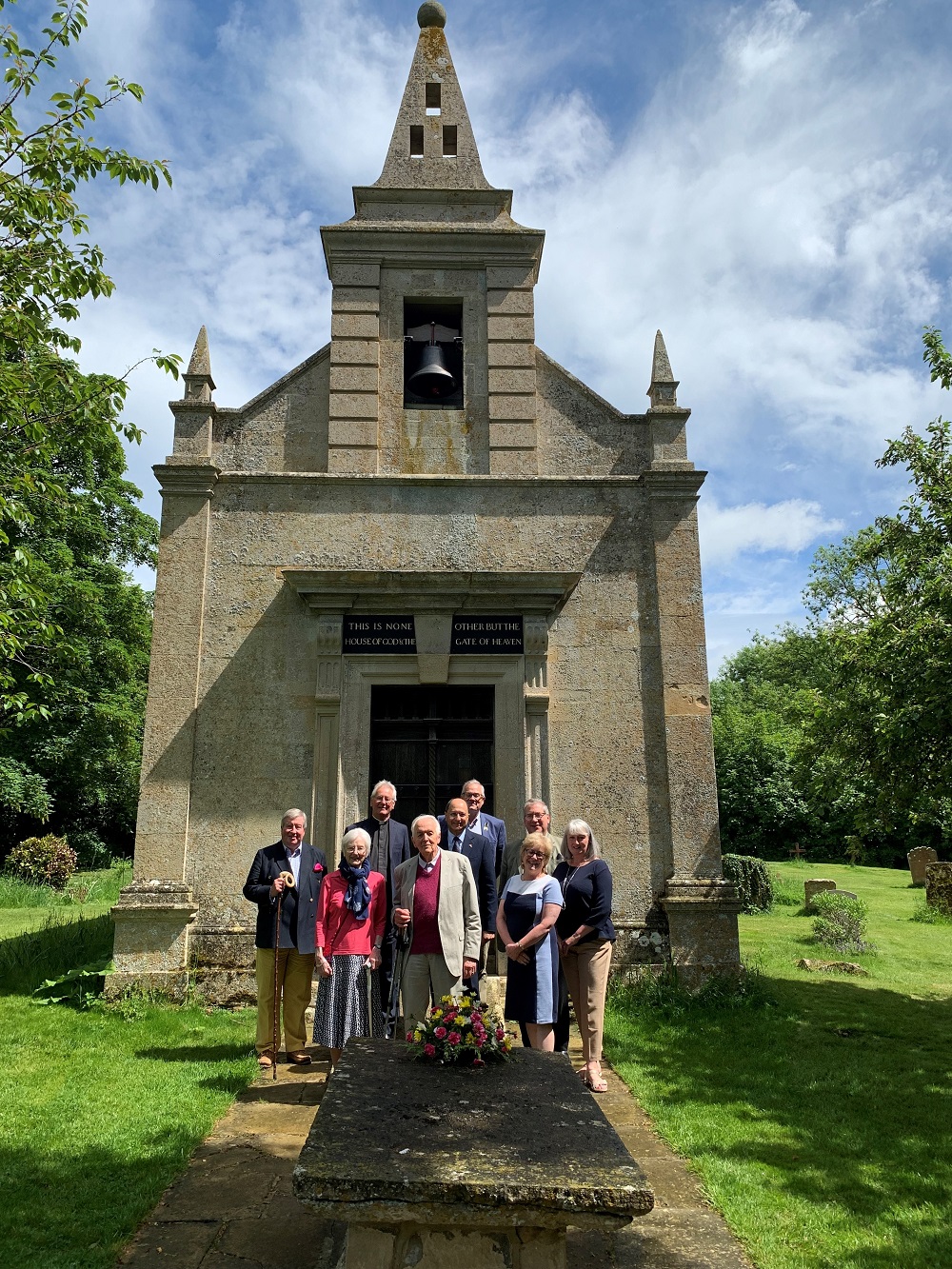 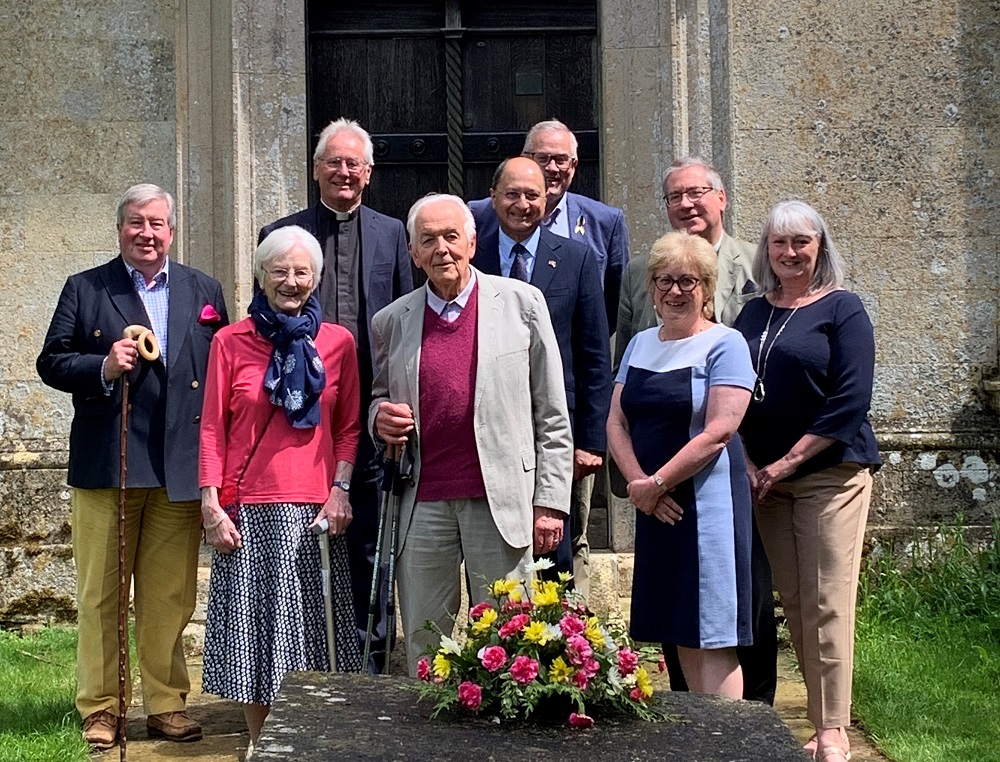