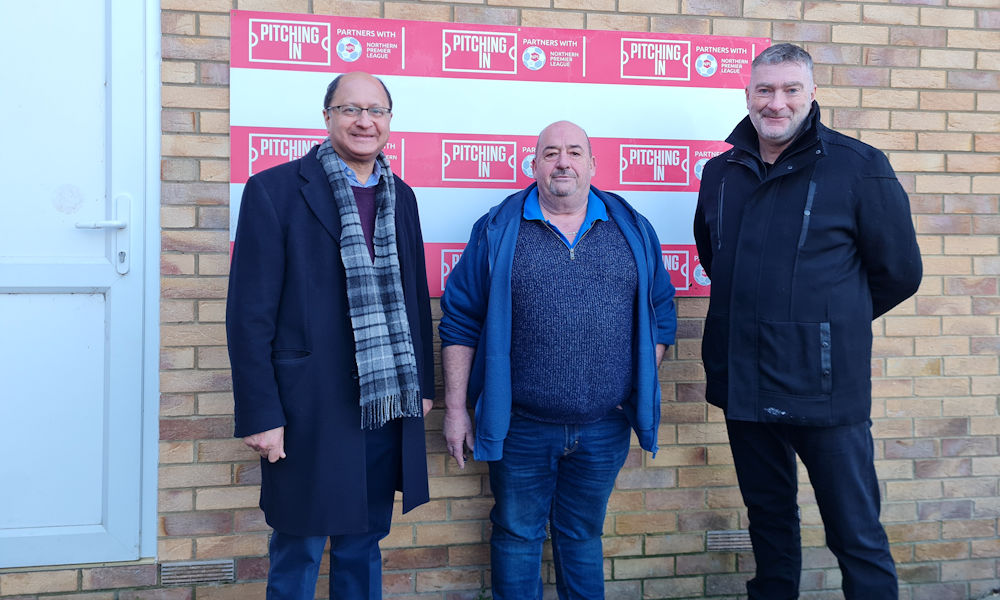 The “Pitching In” programme encourages members of the local community to volunteer for roles with local football clubs. The programme is run by the Entain Foundation in partnership with Trident Leagues, who have recently founded the first National Volunteer Hub, which is a unique online portal allowing clubs to advertise volunteering vacancies.

Yaxley F.C. is the home ground to a number of Yaxley football teams, including the men and ladies teams as well as a number of youth, junior and development teams.

During the visit Mr Vara participated in one of the volunteering roles as the Club’s Stadium Announcer. As well as thanking the sponsors, he welcomed the officials, players and supporters. He also read out the team sheet prior to the First Team’s game against Halesowen Town F.C.

“I thoroughly enjoyed my visit to Yaxley Football Club and give my support to the ‘Pitching In’ programme and the Club’s campaign to involve their local community. This is a very worthwhile initiative which can benefit the club and also provide enjoyment to those who volunteer.

“There are a number of different roles available and if anyone is interested, I would urge them to get in touch with the club.”

“I was very pleased to welcome Shailesh to Yaxley FC and its great to have his support as we move forwards.

“The Pitching In programme is very important and if anyone wants to help us at Yaxley FC, do please get in touch with me.”