Shailesh Vara backs the Internal Market Bill which safeguards the integrity of the United Kingdom and peace in Northern Ireland, providing a safety net in the event of a breach of good faith by the EU. 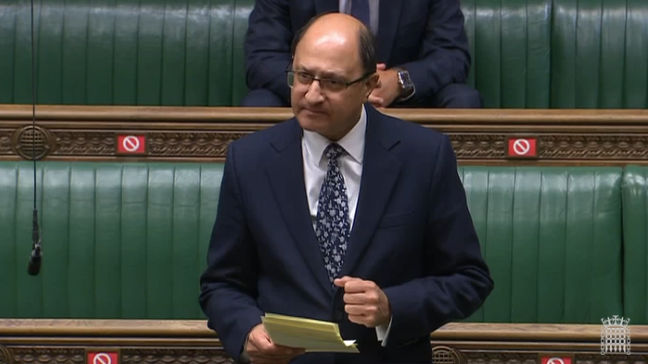 It is a pleasure to follow the right hon. Member for Orkney and Shetland (Mr Carmichael). I shall speak to clauses 40 to 45. Let us be clear from the start: the Bill protects and strengthens the United Kingdom, and it safeguards peace in Northern Ireland. There is nothing in it that undermines the Belfast/Good Friday agreement, nor is there any possibility of a hard border between Northern Ireland and Ireland under any circumstances. From the very outset, the United Kingdom has acted in good faith, and it did so when it signed the withdrawal agreement and the Northern Ireland protocol. Crucially, from the outset, the UK’s understanding of the provisions in the agreement and the protocol were abundantly clear to the EU and all those at the negotiating table. It is clear to the extent that some matters need clarification that we put faith—honest faith—in the Joint Committee reaching reasonable interpretations, being fully aware of our understanding of the issues that needed to be ironed out.

It was not just our understanding of the agreement and protocol on which we relied. The Northern Ireland protocol is clear about some key aspects. Article 1, as well as affirming that nothing in the protocol should interfere with the provisions of the Belfast/Good Friday agreement, says:

“This Protocol respects the essential state functions and territorial integrity of the United Kingdom.”

“Northern Ireland is part of the customs territory of the United Kingdom.”

Article 6 goes on to say:

We now find, however, that the EU is suggesting interpretations of the protocol that were never envisaged, notwithstanding the fact that the provisions are clearly set out in the protocol itself, as I have read out. There have been clear suggestions from the EU that its ​interpretation of the protocol would lead to the creation of a barrier within the United Kingdom, thus seriously compromising our political and economic integrity. Such action by the European Union threatens the territorial integrity of the UK. It threatens to take Northern Ireland out of the UK customs territory, and it threatens our internal market.

That is unacceptable, and no Government can sit back and allow an international organisation to do that to the very fabric of our country. The Bill is therefore a safeguard that ensures that the UK is not divided and there is no external interference in the running of our country today or in the decades to come. The Bill ensures that we leave the EU as a sovereign independent country, as the people of the UK voted to do.

It is to be hoped that an agreement can be reached with the EU. Indeed, Donald Tusk originally offered a Canada-style agreement, but to the extent that there is a material breach of good faith by the EU, we have the safety of the Bill, which not only provides for the preservation of our Union but ensures that measures are not followed through without first having obtained the consent of the House.

Finally, let us remember that all Members on these Government Benches stood as candidates at the last general election not only as Conservatives, but as Conservative and Unionist candidates. Every single Member on these Government Benches sits here as a Conservative and Unionist Member of Parliament. To now not agree the passing of this Bill would make a complete mockery of the very platform upon which we stood to get elected to Parliament.