Shailesh Vara MP was delighted to help make a start to the new building works at Sawtry Village Academy on Thursday, at a spade in the ground event marking the start to vital improvements to the village Academy.

Following a long campaign to gain additional funding, the Academy will be making essential improvements in two phases, which will dramatically improve the students teaching environment.

Mr Vara joined Cambridge Meridian Academies Trust (CMAT) representatives including Principal Sarah Wilson to commence phase one of the improvements. The first phase will see the construction of a new teaching block to include 18 new classrooms, with a second phase commencing when additional funding has been secured.  The second phase will allow refurbishment work to take place on the rest of the school, including replacement of old windows and doors.

Local Councillor Simon Bywater was also in attendance, who has worked alongside the Academy Trust in helping to gain the necessary funding.

The desperate financial position of Sawtry Village Academy was raised in Parliament by Mr Vara, as he recognised the importance of additional funding due to the ageing and dangerous existing school buildings, which have reached the end of their usable lives.

Mr Vara said: “It is great to see the development finally getting started, after years of hard work from Principal Sarah Wilson, the Academy Trust and local Councillor Simon Bywater.  All of this would not have been possible without their hard work and determination along with the generous funding from the Children and Young Persons committee of £2 million towards the redevelopments.  This new building will give the children hope and enormous pride in their school, which will allow them to prosper in their education. I look forward to following this development through the stages and seeing the finished building next year”. 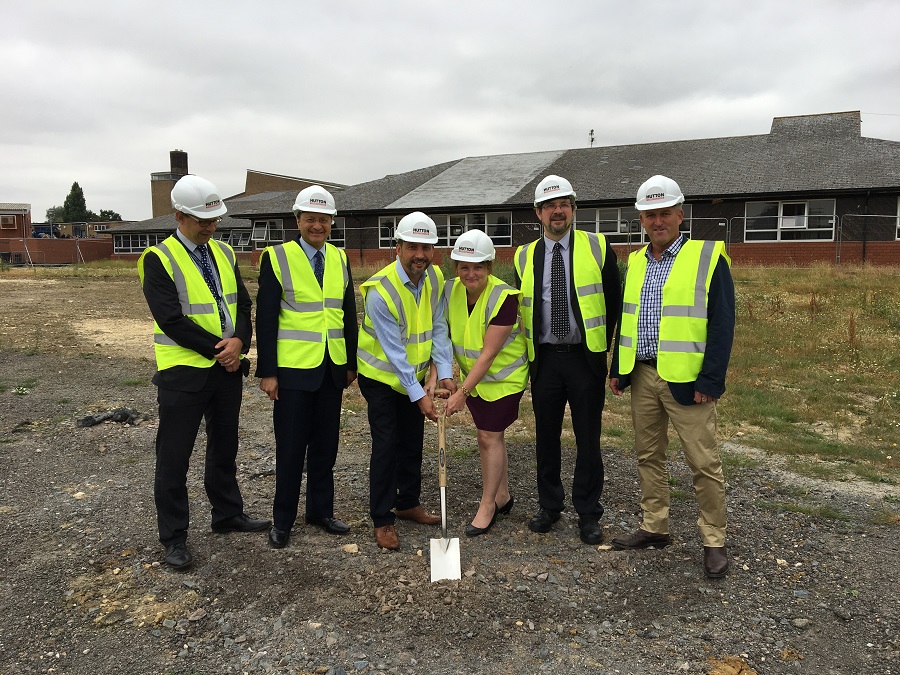