Skip to main content
Community unites against A1 West Development

Shailesh Vara MP recently met with community leaders to discuss their opposition to a proposed development by Newlands in his North West Cambridgeshire constituency.

The proposal is for a development of 4.6 million square feet of warehouses at the intersection of the A1 junction 17 and A605.

HDC Cllr Tim Alban was unable to join the meeting but he too opposes the new development.

The meeting was also joined by Mr Kevin Shapland, who is action group coordinator for the villages of Thrapston and Titchmarsh who are opposing a similar development in the neighbouring county of Northamptonshire.

A key element of discussion in the meeting was that the proposal is in direct contravention of the Huntingdonshire Local Plan 2036, which was adopted in May 2019. The Local Plan was approved following an extensive period of public consultation over several years.

There is also concern about the increased traffic that would ensue and its impact on the nearby villages in view of the increased number of journeys by cars and heavy goods vehicles. This would inevitably lead to air pollution and its negative impact on the environment.

Moreover, the size of the warehouses would have a considerable negative visual impact on the local community, especially on the village of Chesterton.

The meeting agreed that there were many compelling reasons to oppose the development and were united in their opposition to it.

The meeting also resolved to raise funds and seek expert advice on the way forward and have appealed to anyone who can help to contact Mr Donoyou.

“I am against this development and will be working closely with the local community who are also against it.  The proposal is in breach of the Local Plan which was agreed only two years ago after a very lengthy and expensive consultation process with the public. To now disregard the Local Plan would make a mockery of the whole process.

The arguments against this development are formidable and numerous and they will be robustly put to the Planning Authority.”

“It’s hugely important that our MP has given his full support in objecting to the development being proposed by Newlands. All locally elected representatives from the area are united in objecting to these proposals, which is a major concern for our residents.”

"It was a pleasure to meet remotely with our Local MP Shailesh Vara and our Parish Councils.  His support for the opposition of the proposed Newlands Development bordering on the villages, of Alwalton, Chesterton and Elton, will give great comfort to our residents and Ward Councillors".

“All our communities recognise this is a fast-changing world, but we have to think carefully through all the implications of major developments.  We are very grateful to our MP, Shailesh Vara and our district councillors for making time to consider this very important proposal with us and being mindful of our communities views”.

"Building these mega warehouses on the green fields up the side of Chesterton Hill will dominate the local villages and the countryside for miles around. We are delighted our local MP and councillors are supporting us in our opposition to the Newlands scheme.”

“We are pleased with the support from our MP, County and District councillors and pleased with the outcome of the meeting. Whilst wishing to support reasonable developments and job creation in the area, we are opposed to this specific development as it does not comply with the local plan and has a number of issues for the Parish.” 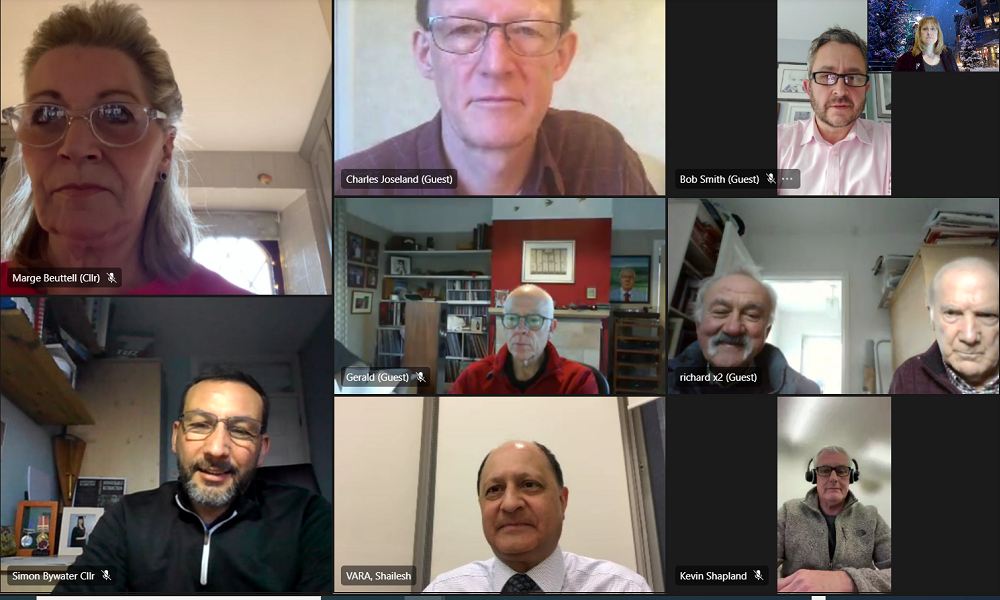